Returning to the Workplace: Supporting Your Team Through the Transition 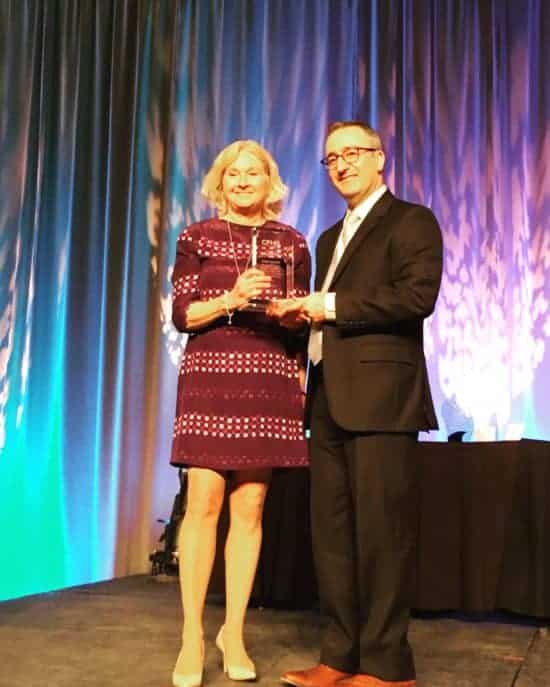 Any professional who has had the pleasure of working with Janet throughout her remarkable career would agree that she is more than deserving of the Distinguished Career Award, which is granted to an HRIA member with at least 15 years of experience in Human Resources who has made significant contributions to the advancement of the Human Resources profession in Alberta.

Throughout her career, and at every stage of its progression, Janet’s contributions to the HR profession and community are notable. Here are a few highlights I, a privileged member of her team, would like to share:

An HR practitioner for the past 30 years, Janet has progressed her career from tactical support roles to a true HR leader who not only sits at the boardroom table as a strategic member of the executive team, but who encourages and empowers all HR professionals to path a way for themselves to make a strategic impact within their role and organization.

In 2006, after 20 years of progressively senior roles as an HR practitioner, manager and director, Janet left her role as VP of Human Resources with United Farmers of Alberta and incorporated Salopek & Associates Ltd. based on her belief that HR and people are a strategic component to organizational success. Leveraging her expertise and experience in strategic planning, human resources and board governance, Janet has grown the firm and team to include 15 consultants working across Canada. Partnering with business owners, executive teams and like minded HR professionals, Janet has successfully built an HR Consulting practice on the belief that strategically investing in people and creating a culture that is engaging, unique and emulates the values of an organization will establish a competitive advantage that is powerful, impossible to replicate and synonymous with business success. As a testament to Janet’s success in building a company that is impactful organization, Salopek & Associates was nominated by Canadian HR Awards as “External HR Consultancy of the Year”.

Janet’s incorporation of Salopek & Associates was not initiated with the intent of executing HR for companies, it was launched with the vision of changing the way HR contributes to business success. With a mission of providing HR support that understands your people and your business, Janet advocated for the movement of HR from administrative to strategic business partner. Through Salopek & Associates and her efforts as a volunteer, mentor and board member, Janet has influenced the way businesses and professionals, within the HR profession and outside of it, view the value-add HR can bring to the success and bottom line of an organization.

Giving back and sharing her HR expertise with professionals, charitable organizations and the non-profit sector has always been core to Janet’s values and the values she has instilled in Salopek & Associates. A tireless mentor, both formally (Haskayne School of Business) and informally, Janet has mentored numerous professionals, business owners and colleagues to help them identify HR career paths and realize their professional potential. Always searching for opportunities to provide her expertise to the non-profit sector, Janet has volunteered on and chaired numerous committees, contributing HR support that was valued and recognized for the impact it made, resulting in Janet being nominated within multiple organizations to a Board position.

Janet is a champion for strategic HR and the place it should have at the boardroom table. Combining her HR expertise with an Institute of Corporate Directors designation (ICD.D). Janet has held various Board of Director positions with organizations that include Tourism Calgary, Youth Link, Calgary Immigrants Women’s Association, and Human Resources Institute of Alberta. Tirelessly committed to progressing the role HR plays within each organization, Janet Chaired the HR and Governance Committee for CIWA, Youth Link and Tourism Calgary and played a leadership role in strengthening governance and HR processes within each organization.

Ask any member of Salopek & Associates’ team and they will tell you that Janet is continuously teaching, in fact, Peer Review was a process initiated by Janet when starting Salopek & Associates 10 years ago that ensures continuous learning and teaching opportunity not only with Janet but throughout the team. Janet’s formal teaching experience started early in her career at SAIT and Calgary Board of Education, where she was awarded “Teacher of the Year”, and later included development and facilitation of the NPPA exam prep course for CHRP certification and instructing continuous education HR programs at Mount Royal College and the University of Calgary since 2006.

The contribution Janet Salopek has made to the Human Resources profession as a pioneer for strategic HR throughout her 30 year career as an employee, manager, leader, entrepreneur, mentor, volunteer, committee member, board director, instructor, thought leader and trial blazer is remarkable. At every step of her career she has championed the progress of the HR profession and played a critical role in raising the profile of HR professionals and the role we play as practitioners and leaders in the overall success of a business.

Please join me in congratulating Janet on her outstanding contributions to the HR profession and HRIA award recognizing her Distinguished Career! 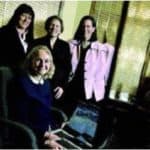 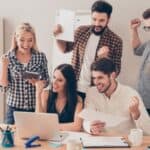 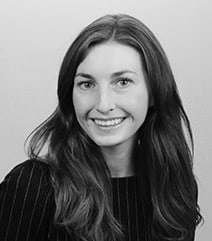 Looking for Support with HR, Strategic Planning or Board Governance? Contact Us.

That’s Not My Job!